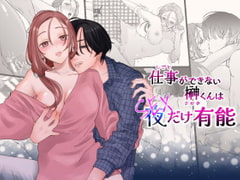 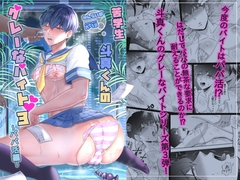 Leech is the good husband of his wife. At night, she becomes a nasty female. 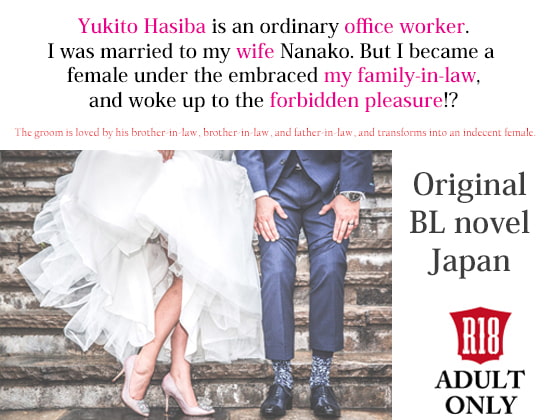 Happy Marriage-The Night When the Groom's Nasty Solo Play Has Been Barred-
Yukito Hashiba married Nanako, who was dating when she was a student, and lived in the Terashima family, her wife's parents' home.
He is a quiet and serious brother-in-law, Keiichi. He is a pick-up but easy-to-speak brother-in-law, Seiji. And he lived in harmony with his dependable father-in-law, Koshiro.
Yukito had a bad habit of playing masturbation when he was stressed. At one point, Keiichi finds it and misses it, but the two become an awkward relationship.
Beloved by my brother-in-law and brother-in-law
-Body developed with dense 3P even though it is a virgin-
Keiichi kept the snow rabbit a secret.
One day, Keiichi and Seiji say that they will watch the AV that they brought from their place of employment together. Yukito is caught between two people who got excited while watching and ends up with a handjob.
Later, when Nanako was absent, she was laid down by two people who were excited by the aphrodisiac candy, and her virginity was roughly robbed.
A body entwined by three people-a birthday present for my father-in-law-
The days go by, and the family heads to "Kazemineso" to celebrate Koshiro's birthday.
He relaxes at a hot spring inn, but at night, Keiichi and Seiji are turned naked and mischievous. Koshiro, who witnessed it, confessed his love and was embraced.
Yukito is mischievous by his brother in the hot springs in the morning.
Thick seeding all over the house-Forbidden AV debut shooting Part 1-
At the Terashima family, everyday life had started, but Yukito was sought after by three people everywhere, and she was suffering from intense sexual harassment.
Yukito is embraced in the bathroom, in a private room, and between Buddhist altars.
At one point, she was invited by Keiichi to take a blowjob lesson and she was asked, "Why don't you go out on AV?"
Creative BL novel original electronic limited page 73, first part